OK, so one thing I struggled mightily with regarding publishing the book was, “Maps”.  Having read many military books, I have seen good and bad examples of how maps have been presented.

A great example from the 1920s was the fabulous resource (inherited from my grandfather’s collection),  “The German Offensive of July 15, 1918.” Fort Leavenworth, KS: The General Service School Press, 1923.  This amazing book includes a dozen separate maps in a pocket inside the back cover.

The dilemma was, how best to provide the level of detail required while not getting into unreasonable territory, from a practical publishing perspective.  After all, no publisher these days is going to go with “Let’s provide every book copy with a half-dozen foldout maps!”  No way.

As I considered what to do about maps, it gradually dawned on me: avid readers will probably use THE SAME MEANS I used when writing the book. Which means multiple digital resources, from Google and Bing maps (including street view), to online archival maps, to secondary source campaign maps. I typically had 3-5 maps up while I wrote a section.  This allowed me to zoom in, pan and scan, and otherwise get the information I sought.  Wouldn’t a modern reader do the same?  After all, there is simply no way I could provide the map scope and detail that online readers could find on their own.  This isn’t 1923, where the reader’s resources lag behind those of a military service school.

That simplified the problem.  Now all I really needed to provide were a couple of general exemplars that covered a couple of the book’s episodes.  So that’s what we went with.

One reader provided a comment on a review, that basically validated my decision:

“…Very detailed account of the Battle of the Bulge so well you can follow on a Google map and with street view see what is being described.”

There is simply no way I could have included a two-dimensional, fixed scope map (very 20th Century!) to give the reader what s/he sought.

Accordingly, as a service to readers, the following are some of the resources I used while writing the book.  Some of the following I obtained paper copies, some I just used the digital version.

Google maps & Bing maps – use both, as there are differences. 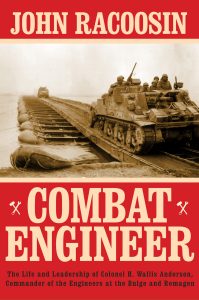